News / News / Designers and cork craftsman in a whirl

Designers and cork craftsman in a whirl 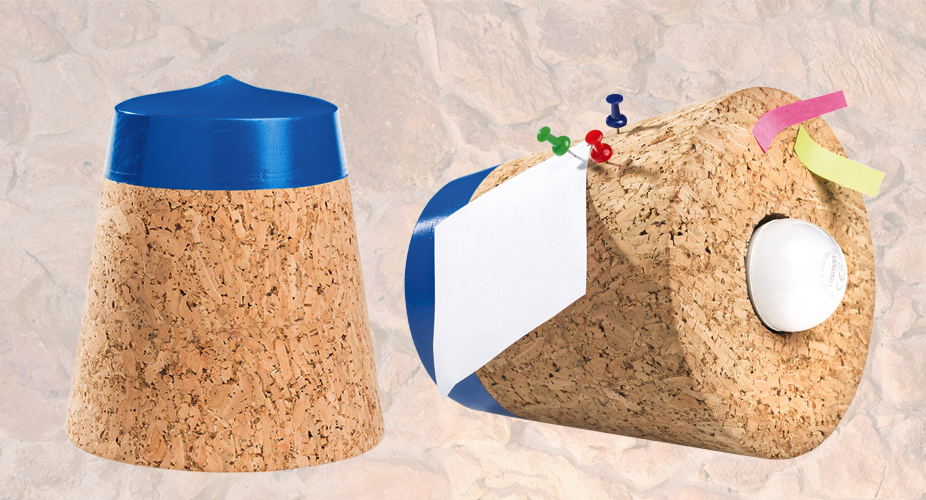 Your office is where you want to be

A cork base to support your laptop. Its sloped angle allows you to adopt a more comfortable posture when seated. The hollow base features breathing holes, making it easier to ventilate the computer. The sides and the cup holder are made of wood. You can choose from natural wood or coloured versions: blue, red, yellow, orange, pink, green.

Originally a cabinetmaker, now a cork craftsman, António Luz has skilled hands and worldly-wise ideas. “I don’t like being given advice by people who don’t know what they’re talking about, but I like to take on new ideas,” he explains. And it is this balance between the stubbornness of knowing what he’s doing and passion for challenges that provides the trademark for this craftsman, with whom the TASA Project has worked since the outset, in 2010.

There is an entire negotiation process that has to be carried out between the designers and the craftsman to achieve a consensus on the final product. ”The piece has to have flair, in addition to being beautiful; I have to see that it is viable, if not, I won’t do it,” he explains. “What matters is that I always react well to their ideas [designers Joana Martins and Ana Rita Aguiar], because the pieces that they bring in the design are fun and almost always viable,” he tells us, with a cheeky smile, which goes a long way to achieving our unconditional sympathy.

He masters the technique of working cork to such a degree that when a designer shows him an idea, he can envision the entire work process, anticipating mistakes that might happen along the way. “Normally I do all the pieces in my head at night and when I get up I’m already ahead of myself,” he confesses.

With a firm foundation of experience he discusses solutions with the designers that might lead, for example, to reducing waste in materials. However, he is able to recognise the advantage of introducing suggestions that improve and add innovation to the final result, even if this makes the piece more expensive.

In these intense months of working with the designers he says that has learned to be more patient, to listen to what others say and to imagine new products for his craft (he is always thinking about the next object down the line).

An advocate of innovation in the craft industry, he believes this is the best way to keep it going, but requests that due recognition be given to the value associated with these “more sophisticated” pieces. As he explains: “they take longer to make, require more patience, to do, and redo, with the greatest care, and if people can’t recognise this we can’t sell them, or bring work to craftspeople.”

Another light shines bright. The craftsman believes that younger people know how to see the dedication behind innovative and useful pieces, such as those of TASA. “It gives me hope for the future of arts and crafts,” he concludes with that endless smile.