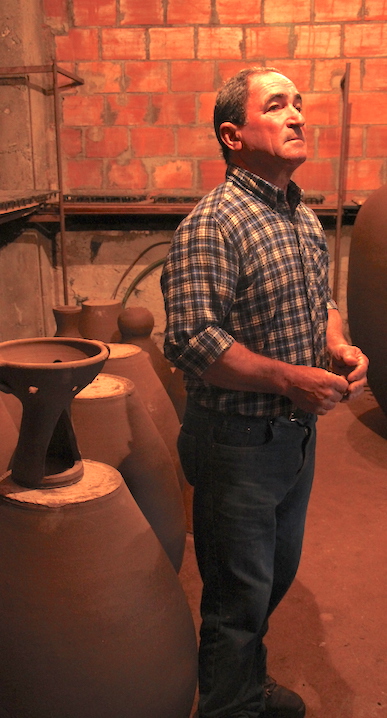 THE TRADITION OF BERINGEL POTTERY

Beringel is the land of potters. A tradition that runs in the veins of generations of families and whose history can be seen in the streets of this village in the municipality of Beja (the Cultural Centre features exhibits of several old objects and the history of the potters of the region).

António Mestre is one of the few potters who still performs his profession in the way he learned it from his ancestors. He is also one of the only ones in the country who hand produces wine amphorae, made from “crude” clay that he mines and treats himself. Using incredible technical mastery and skilful tricks António is able to throw these two-metre-high pots on a potter’s wheel, before firing them in a wood-fired oven, without help.

He has taught pottery, but is yet to teach someone how to produce wine amphorae. He doesn’t believe that there are any young people out there who would want to dedicate themselves to this hard and laborious work.