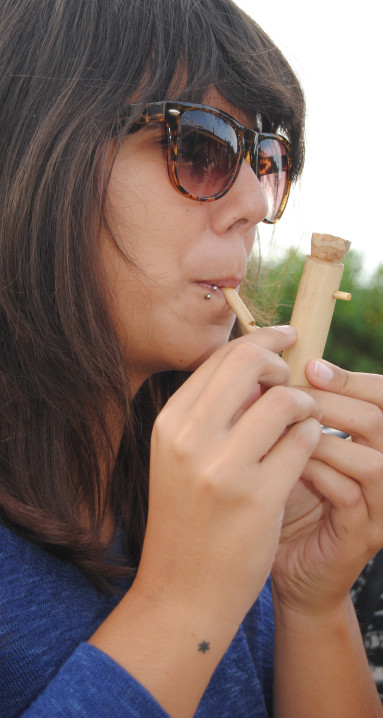 THE FASCINATION FOR REDESIGN

Ana Rita was born in Almada. She studied Interior and Exterior Design at Etic in Lisbon and then completed a degree in “Design de Ambientes” at ESAD.CR in Caldas da Rainha. She spent a year in the UK, at Nottingham Trent University, as part of the ERASMUS programme, where she studied Equipment Design. Her interest in design stems from the relationship between object and user, and the interaction between the two. She enjoys experimenting with new and unusual materials, and is fascinated by redesign, in which the old becomes new. She worked with “Bold. ponto criativo” in Portimão. She took part in the TASA Project “Ligações” international creative residence. In 2014 she worked with the TASA Project, where she was able to develop new products alongside craftspeople from the Algarve as part of the 2nd phase of TASA.