News / Articles / A new era for the art of the tinsmith

A new era for the art of the tinsmith

Written by ProActiveTur on 7 June, 2017. Posted in Articles

“It seems only yesterday that you could hear the sound of the tinsmith…” This very thought lies etched on the faces of a community, where a profession and indeed craft, so entwined with its identity, can be seen disappearing. 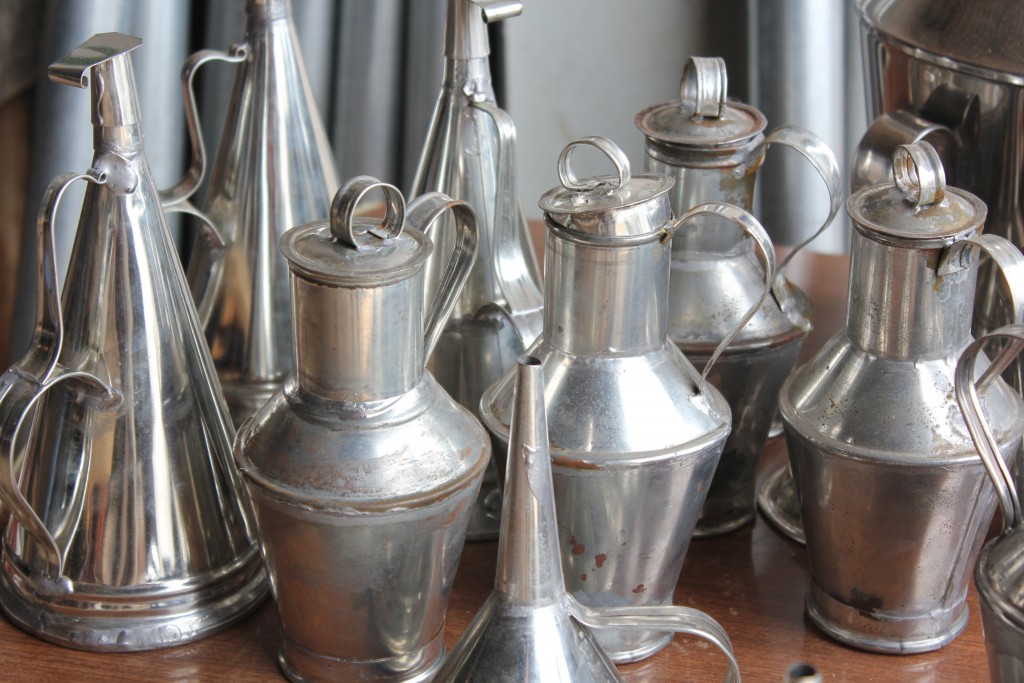 Time brings loss and also a sense of urgency. We regret not having arrived in time to involve Senhor Raúl in some teaching activity. He was the last tinsmith in Messines, a small town in the Algarve’s hinterland. We’re racing against time in our quest for solutions to prevent these traditional professions from disappearing. We feel this urgency, because we work with craftspeople, and because of them, on a daily basis. As such we have a clearer view of the horizon and the impending loss and just what this implies. 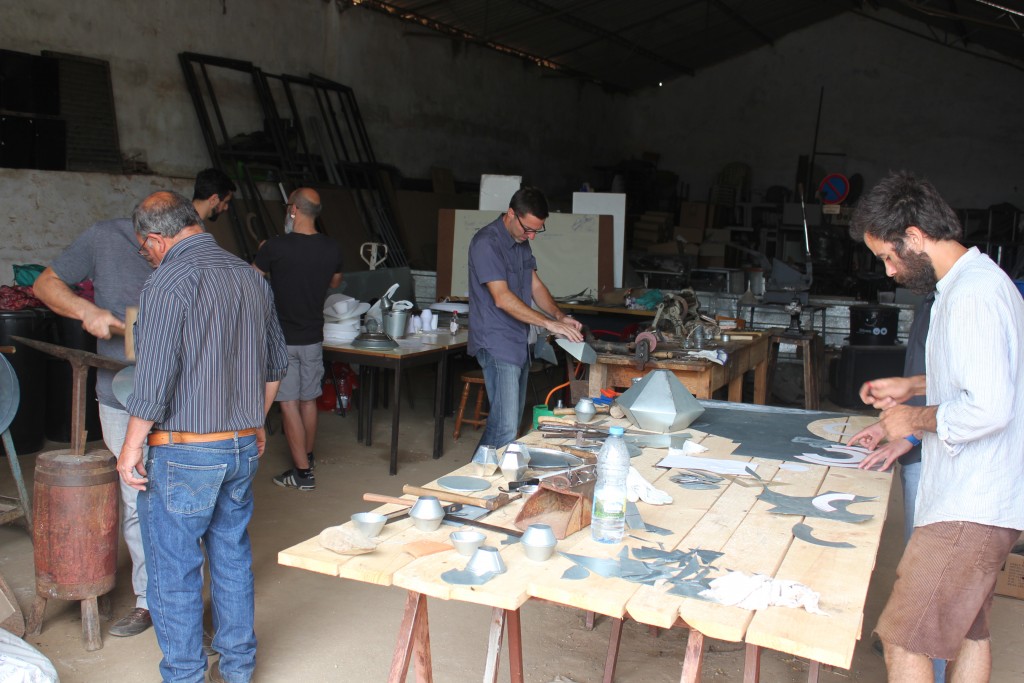 In São Bartolomeu de Messines, time has come together in the present, coordinating opportunities in a last-ditch attempt at reviving tinsmithing. Senhor Raúl left his tools and equipment from his workshop to the municipality. We found a tinsmith from the municipality of Odemira, who was prepared to teach. We entered and won a prize in the “Traditions Programme” organised by EDP, which made a financial contribution, together with Silves Municipal Council, to put into practice “The Art of the Tinsmith” project. Messines Parish Council provided a workshop and it was there that, over two months, the art of tinsmithing was taught, passing on knowhow in a master-apprentice model.

The five apprentices have varying backgrounds and life stories, but they all share a fascination for tinsmithing and the desire to make it part of their lives. There is young man, born locally into a family of craftspeople. A designer who has chosen to live in harmony, connected to the earth. A carpenter emigrant recently returned to his roots. An economist, who has decided to build an ecotourism project. And someone self-taught in tinwork, who is truly passionate about this craft, which has he tried to learn in recent years by watching Internet videos. 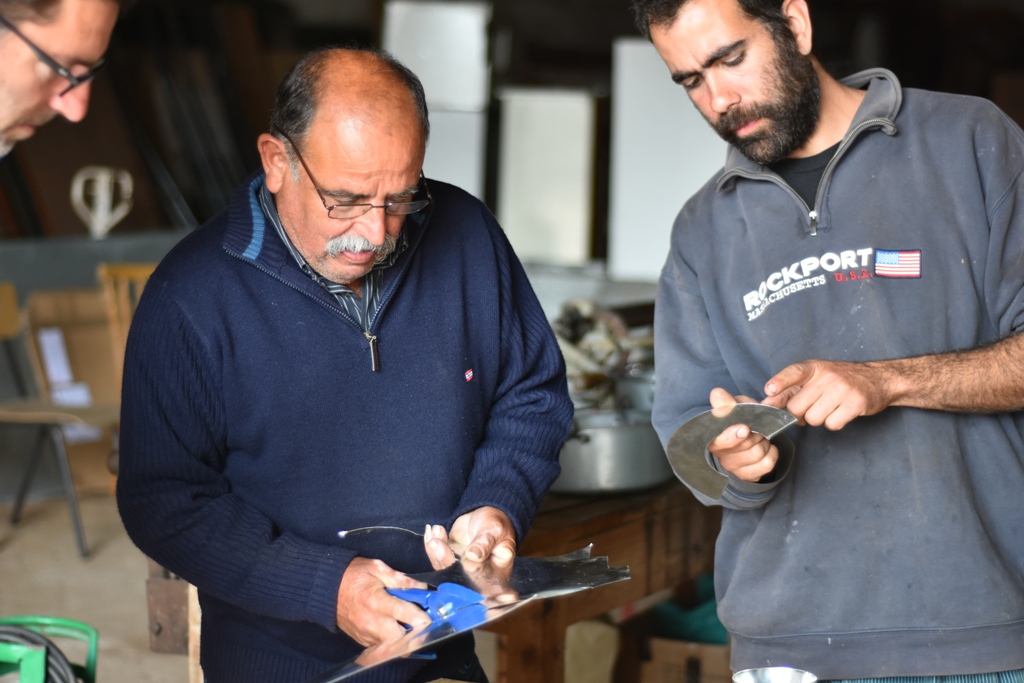 Passing on the basic techniques of the craft was achieved through learning by doing: adjusting the tinplate to a template, cutting, turning/rolling, making joints, hammering, welding, and making handles and finishes. The apprentices made a tour of some of the artefacts figuring within the traditional tinsmithing repertoire: straight buckets, conical buckets, pitchers, oilcans and funnels. Innovation was introduced through prototype studies for products in which tinsmithing is adapted to today’s world.

The programme included a workshop with the only young tinsmith working in Portugal. Rui Santos came from Vila Real de Trás-os-Montes to teach the apprentices how to make tinplate oilcans in the northern Portuguese style. 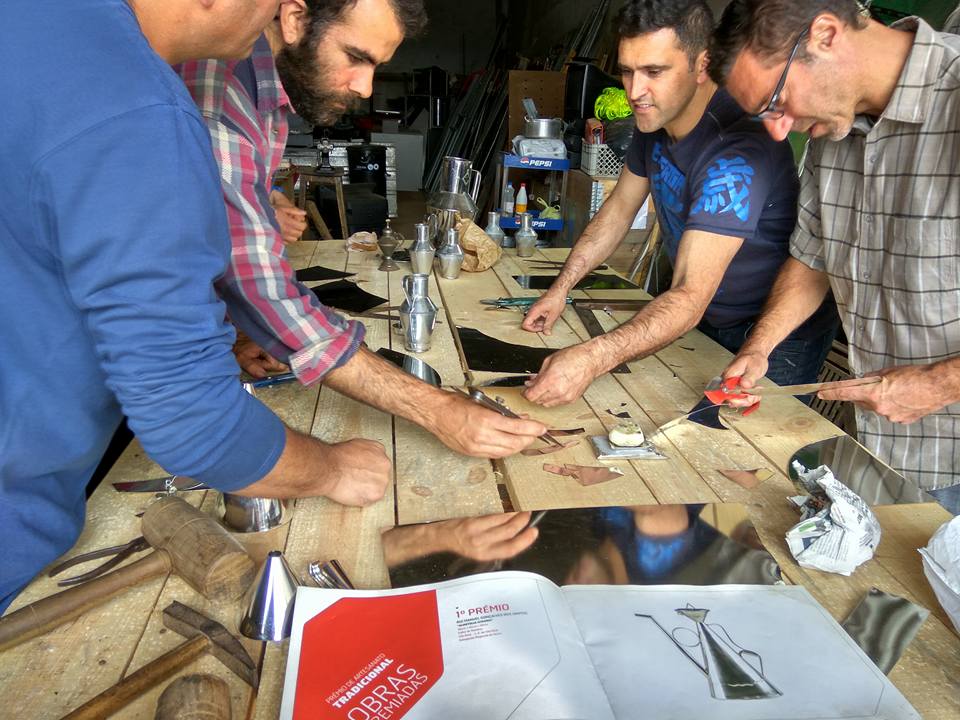 For two days of the training, apprentice numbers rose from five to eighty. Pupils from four primary school classes from the parish of Messines were able to experience this craft. They made a cardboard template for a funnel, but what excited them most was exploring the various utensils, turning and rolling shapes on the anvil, using the die, hammers and being part of the bustle of the workshop. Including traditional arts and crafts in school activities (even on a curricular level) is, we believe, essential for the sustainability of professions and crafts. And as this involves new experiences, practical activities and ties with local identity, motivation is guaranteed! 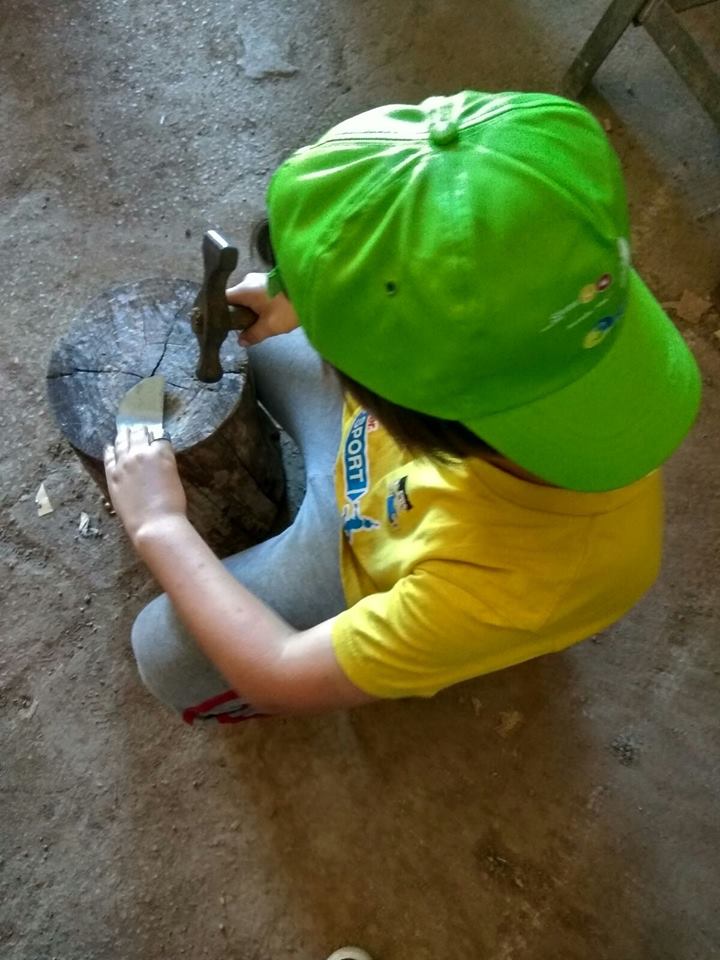 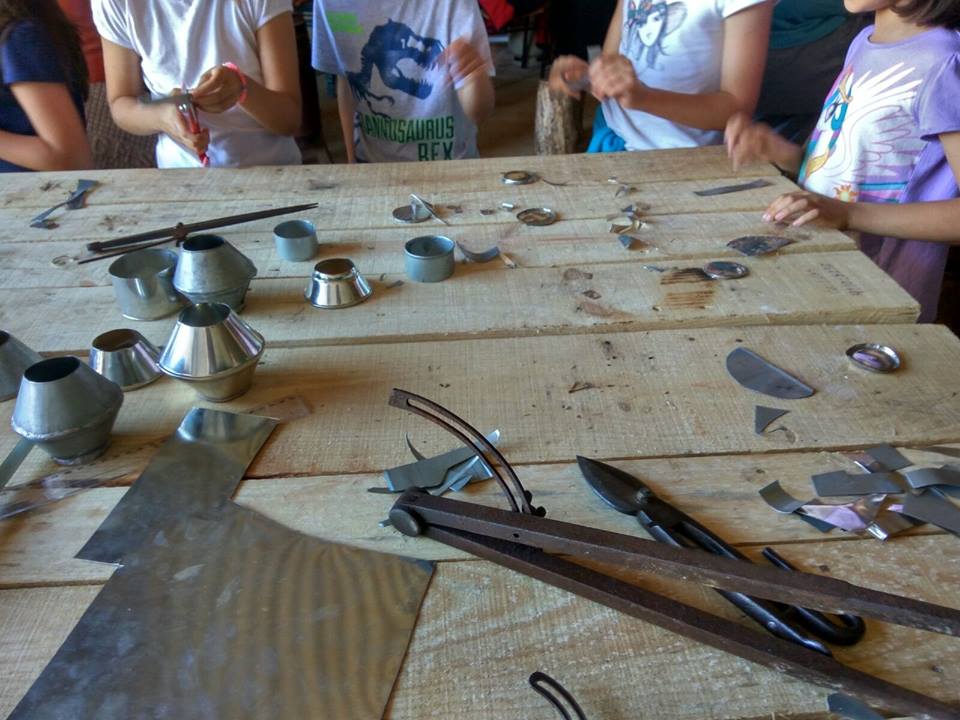 There clearly wasn’t enough time. The model is the right one though. Maintaining close ties between apprentice and master, yet allowing time to repeat, and learning through making mistakes. Introducing design through tutoring over a longer process. These are some of the lessons to take from the experience. But, even so, “you learn something every day,” as António Mestre, a tinsmith with 50 years of experience tells us.

The project is now continuing, with a prototype phase for new products, which will lead to other prospects and open up a new era for tinsmithing. It will be followed by the release of a documentary about this activity, a workshop with the community and a final presentation event, in August.

The bodies involved (Proactivetur/Projecto TASA, Silves Municipal Council and Messines Parish Council) are working on a incentive plan to ensure the new tinsmiths continue on this path, involving them in the construction of solutions in this initial phase in which there is a need to continue “teaching the hand”, while at the same time ensuring some production capacity. The workshop and equipment are available until the end of the year, and there is already a book with orders and proposals to take part in various promotional events. We will also try to find a solution to continue training, in specialist courses.

We believe that now it is possible to bring tinsmithing to markets that value it, thus moving away from the imminent extinction of yet another of the region’s crafts.

And tinsmithing is one among many crafts to be included in the fight against time.