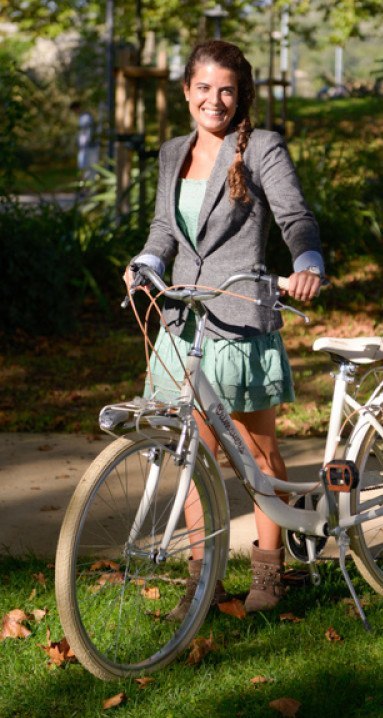 BELIEVING IN DESIGN
AS A SOCIAL AND
CULTURAL CAUSE

Joana is an equipment designer, with a degree from the fine arts faculty at the University of Lisbon (2008).
She was the resident designer for the TASA Project from 2013 to 2015, and responsible for the design and production of the “Ligações” exhibition, for the organisation of an international creative residence, for the coordination of the 2nd phase, and for the design/co-design of new products created with the regions of the Algarve, the Alentejo and Andalusia.

She was the guest designer at the 3rd edition of the Remix Project (2014), having designed two products for the catalogue of that edition.

She was awarded in the “Home Sweet Home” by Siemens competition (2013), at the Prémios SOS Azulejos (2013), and received an honourable mention at the 6th edition of the POP’s Serralvez (2014).
As a freelance designer she has already exhibited at the IPJ’s gallery (Faro), at the Fabrica do Braço de Prata as part of Experimenta Design 2011 (Lisbon), and at 100%Design at the London Design Festival 2012. She also had a piece selected for the exhibition “How to Pronounce Design in Portuguese”, shown at Beijing Design Week 2014 and at MUDE/Paredes 2015.

Alongside her design work, Joana dedicates her time to social and cultural causes. She has belonged to many theatre groups, has been a volunteer in various institutions and she is a founder member of the association LAMA.